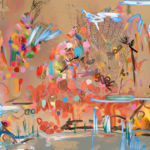 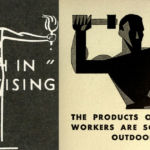 Shingo Yoshida
Shingo Yoshida received his MA with highest honors from Ecole Nationale Supérieure d’Art, Villa Arson in Nice France in 2004, then earned a post-graduate diploma in 2005 at the Ecole Nationale Supérieure des Beaux-Arts de Lyon, France, and subsequently in 2007, received another post-graduate diploma in the Program La Seine of Ecole Nationale Supérieure des Beaux-Arts de Paris. Yoshida’s work has been shown in many international exhibitions, in-cluding Palais de Tokyo, Paris ; the Museo de Arte Contemporáneo MAC, Santiago, Chile; Arte tv Creative ; Based in Berlin by Klaus Biesenbach, Christine Macel and Hans Ulrich Obrist. In 2017, he was invited to showing his film and photograph made in Russia Siberia for UN Conference on Climate Change, COP23. His works have come to be housed as Art Collection of the Ministry of Environment Germany, and in 2016, were in the possession of Berlin Mu-seums, Berlinische Galerie : Akademie der Künste : Fluentum.

Synopsis:
An amount of abandoned garbage in the vacant land at the end of the city of Calama in Chile. Stray dogs and gypsies have settled,
the place is like a no man’s land where one can breathe an untouchable atmosphere.
There is always a strong wind blowing on the flat ground.
Shingo Yoshida made a wind instrument installation with abandon bottles.