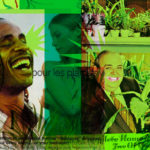 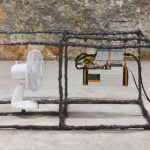 Anne-Charlotte Michaut
Anne Charlotte Michaut is an art historian with a multidisciplinary educational background. She first specialised in English literature during two years of preparatory cycle in literature. Then she received a Bachelor of Art in French Literature at Paris- Sorbonne University and started studying Art History at École du Louvre (bachelor’s degree) and Panthéon-Sorbonne University (Master’s degree). Through her research and various work experiences in the cultural field, she explored the links between contemporary art and other human sciences, especially Gender Studies and anthropology, as well as literature, but also other artistic practices, such as architecture and design. She now writes for several magazines and develops an approach to contemporary art in relation to societal issues, and more specifically issues related to identity, gender and sexuality.

About the associate publisher

This text was produced with the help of the Fondation Antoine de Galbert.
https://fondationantoinedegalbert.org/

“La Marche pour l’égalité et contre le racisme” [March for Equality and Against Racism], referring to several marches that took place from October to December 1983, was the first national anti-racist demonstration in France, which took place in response to police violence. It was quickly dubbed the “March of the Beurs” by the media. The founding of the association SOS Racisme the following year by supporters of the Parti Socialiste was a direct result of this. The word “beur” entered the French dictionary in 1985.

Orientalism is a literary and artistic movement born in the nineteenth century, represented in particular by Eugène Delacroix who, after a voyage to Morocco, painted pictures inspired by the oriental world, accentuating the exoticism and eroticism of North African women. The theme of the harem is one of the most represented, with for example Women of Algiers in their apartment (1833). The oriental woman appears there at the disposal of male pleasure.

The feminist concept of the “male gaze” means that women are represented in visual culture from a heterosexual male perspective. In other words, they are visually objectified for the pleasure of the male eye. The term was first used and theorised by British film critic Laura Mulvey in “Visual Pleasure and Narrative Cinema,” published in the review Screen, Vol. 16, in Autumn 1975.

The concept of “gender performativity” is defined by Judith Butler in her seminal work Gender Trouble, first published by Routledge in 1990.

These reflections have been an integral part of feminist thinking since the 1970s, when the “second feminist wave” was considered to be emerging, characterised by a struggle for a certain sexual liberation and the demand for a new place for women in the family and social spheres. In the late 1970s, the “Sex Wars” in the United States pitted the advocates of radical anti-pornography feminism against the supporters of so-called “pro-sex” feminism, considering sexual freedom and diversity as one of the goals of women’s struggle. At the turn of the 1990s, the “third wave of feminism” arrived, led in particular by ethnic, sexual or cultural minorities. This third wave, although profoundly diverse, is fundamentally intersectional, i.e., it is concerned with the interactions between different systems of oppression, including gender, race and class. To this day, tensions within feminist movements persist.

Performance on 15 May 2019, on the occasion of Garance Bonotto’s residency at the theatre Les Déchargeurs.

Marilou Poncin, in an e-mail exchange with the author, September 2019.