Strategies of resistance at work 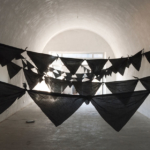 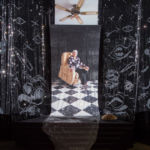 Estelle Nabeyrat et Eva Barto
Estelle Nabeyrat is a curator and independent art critic. She has curated several exhibition projects such as recently at the Quadrado Azul Gallery in Lisbon, the Neuer Aachner Kunstverein in Aachen and the Museu da Répúblicà in Rio de Janeiro. She is currently preparing a solo exhibition on Elisa Pône to be held in 2020 at the Lisbon Municipal Galleries. Her texts have been published in numerous journals and newspapers including Contemporanea (in Portuguese) Texte zur Kunst (in German) and L'Hebdo du Quotidien de l'art. In particular, she co-edited the book Réalité du commissariat at the Beaux-arts de Paris publishing house. She worked at the Akademie der Bildende künste in Vienna as assistant to Professor Ute Meta Bauer, then at the ENSBA (Ecole Supérieure des Beaux Arts) in Lyon as coordinator of external relations, then at the Ecole Supérieur d'Art et de Design in Reims as head of studies and at the Magasin arts centre in Grenoble as head of the curatorial programme. She was also curator for the Orange Rouge residency (2013-14), Production Manager at the Performa Biennial in New York (2015), and assistant to the artist Pier Paolo Calzolari in Lisbon (2016-2018). In 2009, she won a grant from the Houston Museum of Fine Arts before becoming curator in residence at the Palais de Tokyo (2010-11) and Capacete Brazil (2011). In 2012, she received a research grant from the Cnap (French national centre for visual arts) for a work on Anthropophagy at the archives of the Sao Paulo Biennale. In collaboration with Pedro de Llano, she has just completed a research project on artists in exile from Latin America and the Caribbean in the Cnap collection. Eva Barto graduated from the University of Paris 1 in Film Theory and then from the Beaux-Arts de Paris. She then participated in the International Post-Diploma programme at the ENSBA (Ecole Supérieure des Beaux Arts) in Lyon in 2014. Her work has been the subject of several solo exhibitions, at the gallery gb agency (Paris, 2016) as well as at the Villa Arson Art Centre (Nice 2016) and soon at the Kunstverein Nuremberg and the KunstlerHaus in Stuttgart (2020). Her work has also been presented in several group exhibitions in France and abroad, notably at the Marcelle Alix Gallery (Paris, 2015), the Rennes Biennale (2016), and the Kadist Foundation (Paris, 2016), the Fondation d'Entreprise Ricard (Paris, 2017, 2019), Wattis Art Center (San Francisco, 2017), the Max Mayer Gallery (2018), the Secession Building (Vienna, 2018), the Anafi Biennial (Greece, 2019) and soon at the Grand Café (Saint-Nazaire, 2020). In 2016, she created the editorial project Buttonwood Press. She is founder of the collective La Buse and co-hosts the show ForTune on *DUUU Radio with Estelle Nabeyrat. Since 2019, she has been teaching at ENSBA Lyon.

ForTune is a radio show that looks at the world of art as a world of work, proposed by Eva Barto and Estelle Nabeyrat on *DUUU radio. Every two months, according to a list of topics, it gives the floor to guests who come to talk and debate about the working conditions of (future) art workers. The show aims to openly address a range of issues related to a professional environment that rich and complex, yet poorly federated, especially in terms of status and rights.

*DUUU develops programmes that foster the sharing of experiences and reveals the relevance of radio as a tool for producing situations, experimenting with other modes of speech, crossing parallel voices and creating encounters. The platform broadcasts a series of programmes mainly in the field of visual arts. From conversations, to soap operas, sound creations, and readings, *DUUU produces a range of radio formats: a work plan, a story-telling exhibition, review of a first play, ForTune on the economy of artists, a writing studio, a library programme… The shows are streamed non-stop every day on duuuradio.fr.

*DUUU is a series of drives and echoes, a collection of mobile radiophonic units.