For over thirty years, Turkish director Oktay Ince has documented the clashes between protestors and the Turkish government. He was arrested on May 30, 2019, for chaining himself in front of the Ministry of Culture in Ankara. He demanded the return of his archives after the police had confiscated them in October 2018.

The confiscation was part of a jury investigation into the “promotion of a terrorist organization”. One of his videos was even accused of spreading propaganda for the TIKKO group, an armed faction of the Turkish Communist Party. This naturally recalls the case of Turkish-German journalist Deniz Yücel. In prison since February 2017, he is accused of “belonging to a terrorist organization, using terrorist information and propaganda” and even of espionage, as he was covering current events for the German newspapers Die Tageszeitung and Die Welt. According to film critic Senem Aytac, in an interview with the magazine Hyperallergic, most of the terrorist affiliation charges brought up over the past decade are quite simply censorship in disguise.

Because what it’s really about is government censorship. The director, who is a political and social activist, already had several dozen prior arrests for covering protests in his country: by anti-military movements, pro-LGBTQ rights advocates, even for the liberation of the Kurdish people, or for covering the 300-day hunger strike led by two teachers that were victims of mass lay-offs, the daily conflicts between peasants and landowners, and the environmental activism of men and woman who survive by picking up paper in the streets. His images are regularly used to defend activists in court or to denounce police violence, making them all the more unpleasant for the authorities.

In Turkey, the law authorizes police to confiscate archive documents in order to make a copy, but foresees that originals be returned to their owner. However, such is not the case for Oktay Ince, who still doesn’t know whether he will one day see the results of his twenty years of research – notes, texts, images and documentary films – saved on his smartphone, computer or the 18 hard drives, 10 USB sticks and 41 DVDs that were seized by the police on October 16, 2018.

Freedom of expression is guaranteed by the 1982 Turkish constitution, which adds, however, that “the exercise of these liberties may be limited in the interest of protecting national security, public order and public safety.” The April 30, 2018 amendment to article 301 of the criminal code also states that “public denigration of the Turkish nation, of the Republic, the Grand National Assembly and the State’s legal institutions is punishable by six months to two years of imprisonment. Denigrating the army or the State police may receive the same sentence.” In this context, terrorism charges can easily be exploited to repress any political protest.

Under Recep Tayyip Erdoğan’s government, in power since 2014, political repression has hardened, most notably following the attempted coup d’état on July 15, 2016 which the government used to justify a state of emergency, immediately followed by a purge in the media and administration: more than 150 newspapers, radio stations and television channels were closed, hundreds of journalists have been imprisoned, as well as 150 000 public servants dismissed or “relocated”. The materials and video archives of directors Sibel Tekin, Sevgi Türkmen, Zeynep Kuray and Veysi Altay have also been seized over the past several months. Sibel Tekin was equally arrested on February 2, 2018, for “terrorist propaganda”. This arrest led to a barrage of tweets from the videographer collective of which she was a member. Veysi Altay’s films document the State crimes committed against the Kurdish minority that he personally witnessed: Faîlî Dewlet (The State is Guilty) denounces the murders perpetuated by the government between 1990 and 1995 in the Cizre region; Jiyanên Bêdeng (Silent Lives) looks at victims of the Turkish mines set up in Kurdistan, Berxwedana 33 Salan - Dayika Berfo (33 years of resistance – Dayika Berfo) follows a 105-year-old woman’s search for the truth as she investigates the disappearance of her son, who went missing from custody during the coup d’état on September 12, 1980; Bîr (Good) picks up the investigation into disappearances attributed to the State in the 1990s. The director, who has been prosecuted several times, was sentenced on February 13, 2019, to two and a half years in prison for “promoting a terrorist organization” in his film Nû Jîn (New Life), which follows, in 2014, the daily life of three resistors against the Islamic State occupation in Kobanî, Syria. This is a sensitive topic for the Turkish government, which is vigorously criticized for closing its borders to almost 50 000 Kurdish refugees. The sentence arrived hardly one month after the Kurdish Film Festival was held in Istanbul, organized by the Mesopotamia Cinema collective of which Veysi Altay is a member.

The state of emergency makes it legal to deviate from the law, which not only damages these videographers’ documentary work, but also their private lives. Because the police are not satisfied by only seizing political archives: in Oktay Ince’s case, they also took family photos and videos. In this context, filming on the borderline of the law as defined by the Turkish authorities means exposing oneself to the risk of not only losing one’s identity, but also one’s memory as an artist and citizen. After the aborted coup d’état, the Erdoğan government established several “decrees that count as law”, the “Kanun Hükmünde Kararname” or KHK “Decree-Laws”. The 696th decree in particular maintains that any person or group the government considers a terrorist may be deprived of all universally recognized human rights. Oktay Ince attempted to film the consequences of this decree. A few months later, he became their target and victim.

Translation by Maya Dalinsky
Cover: Poster for the film Bîr (2018) by director Veysi Altay, accused for his documentaries on abuses committed by the Turkish government in Kurdistan 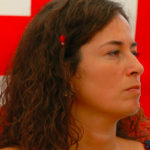